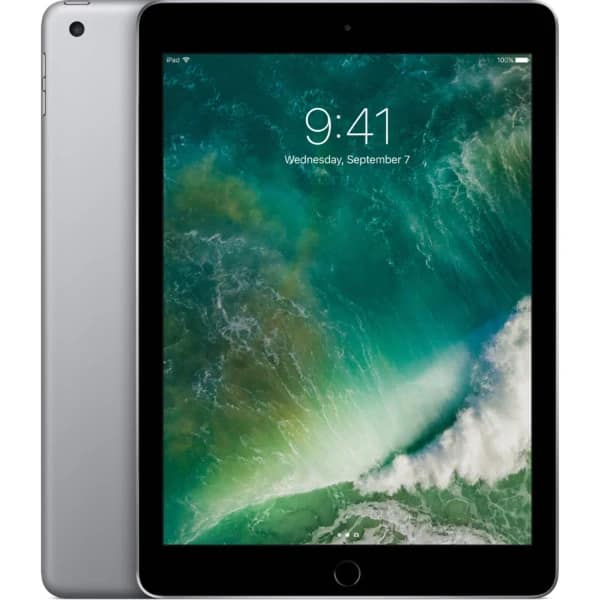 Unlike the iPad Air 2, this iPad does not have a fully laminated display and lacks an anti-reflective coating.

It was criticised, however, for lacking a laminated and anti-reflective screen, lack of support for the Apple Pencil, and lack of a Smart Connector for accessories such as attachable keyboards, the latter two of these criticisms being remedied with the introduction of the iPad (6th generation) a year later.

Its introductory price in the United States was the lowest ever for an iPad, with the media noting that the lower price might be an effort to encourage wider adoption of the tablet in the education sector, as well as for businesses needing inexpensive tablets for undemanding uses.

On March 27, 2018, Apple announced its successor, the sixth-generation iPad. This also marked the discontinuation of the 2017 iPad.

In a press release, Apple announced this iPad model on March 24, 2017. There has been confusion around its naming, referred to as just “iPad” in marketing but called the “fifth-generation iPad” in official statements and specifications sheets, a title previously taken by 2013’s iPad Air.

The fifth generation iPad shares most design elements with the iPad Air, with a 9.7-inch (25 cm) screen, 7.5mm thickness, and differences such as the lack of the physical mute switch, smaller microphone holes and only a single row of speaker holes. Compared to the iPad Air 2, the processor is updated from the Apple A8X to the A9 with the embedded Apple M9 motion co-processor.

The fifth generation iPad has 2 gigabytes of RAM. Unlike other iPad models available, this iPad’s display is not fully laminated and does not have an anti-reflective coating. However, this iPad has a brighter screen than the iPad Air 2 (25% brighter according to Apple). It is available in 32 and 128-GB storage options.

Contrasting with the iPad Pro lineup, this iPad features only two speakers (as opposed to four), has no Smart Connector support, and has no camera flash. It is offered in silver, gold, and space grey colours.

Despite its use of the Apple A9 processor and accompanying M9 motion co-processor, introduced with the iPhone 6S in 2015, the iPad does not feature support for always-on “Hey Siri” voice input, a feature advertised as being made possible by low-power processing in the then-new chips. “Hey, Siri” is limited to when the iPad is connected to power.

What are the specifications of the Apple iPad 5th Generation WiFi tablet?

Here’s a summary of the technical specifications for the Apple iPad 5th Generation WiFi tablet: 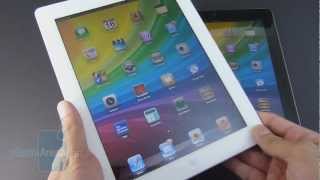 If you went back in time to 1991 just to buy the parts that would make an iPhone, it would cost you more than $3m. The RAM alone would cost you around $1.44m.