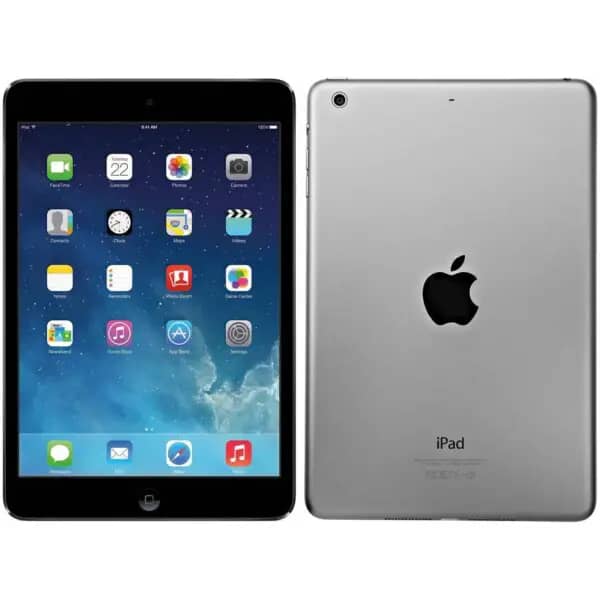 Here are the full technical specifications, price and video review for the Apple iPad Air 1st generation device, plus links to buy the device.

The iPad Air is a tablet designed, developed, and marketed by Apple Inc. It was announced on October 22, 2013, and was released on November 1, 2013. As part of the iPad line of tablet computers, the iPad Air features a thinner design than its predecessors, similar to the concurrent iPad Mini 2.

The iPad Air marked the first major design change for the iPad since the iPad 2; it has a thinner design that is 7.5 millimetres thick and has a smaller screen bezel similar to the iPad Mini. Apple reduced the overall volume of the iPad Air by using thinner components resulting in a 22% reduction in weight over the iPad 2.

It retains the same 9.7-inch screen as the previous iPad model. The new front-facing camera can video in 720p HD and includes face detection and backside illumination.

The rear camera received an upgrade as well; now called the iSight camera, in addition to the same functions as the front camera, it also contains a 5MP CMOS, hybrid IR filter and a fixed ƒ/2.4 aperture. The device was available in space grey and silver colours.

The iPad Air launched with version 7 of the iOS operating system. iOS 7 introduced a major aesthetic redesign of the operating system, departing from skeuomorphic elements such as green felt in Game Center, wood in Newsstand, and leather in Calendar, in favour of a flat, colourful design.

It can act as a hotspot with some carriers, sharing its Internet connection over Wi-Fi, Bluetooth, or USB, and also access the Apple App Store, a digital application distribution platform for iOS.

The iPad Air can optionally sync content and other data with a Mac or Windows computer using iTunes. Although the tablet is not designed to make phone calls over a cellular network, users can use a headset or the built-in speakers and microphone to place phone calls over Wi-Fi or cellular using a VoIP application, such as Skype.

The device has a dictation application. This enables users to speak; the iPad types what they say on the screen. An Internet connection is required, as Apple servers process the speech. Apple also began giving away its iLife (iPhoto, iMovie, Garageband) and iWork (Pages, Keynote, Numbers) apps with the device.

iOS 9 was released in 2015. A major focus for the iPad was the introduction of three new multitasking features. The Air supported two of these features: Slide Over and Picture in Picture. Slide Over allows a user to “slide” a second app in from the side of the screen in a smaller window and have it display information alongside the initial app.

Picture in Picture allows a user to watch a video in a small, resizable, moveable window while remaining in another app. The device was not supported by the third feature, dubbed Split View (which allows the user to run two apps simultaneously in a 50/50 view).

The iPad Air inherits the same hardware components from the iPhone 5S, such as its Apple A7 system-on-chip and Apple M7 motion processor. The A7 in the iPad Air is slightly different, however, in that it does not use a PoP design that stacks the RAM on top of the SoC.

It also features a metal heat spreader to compensate for the slightly faster clock speed and better thermal management. The Air also includes a 5-megapixel rear-facing camera (iSight), a FaceTime HD front-facing camera, support for 802.11n, and an estimated 10 hours of battery life. It boots faster than any previous iPad model.

As with all previous generations of iPhone and iPad hardware, there are four buttons and one switch on the iPad Air. With the device in its portrait orientation, there is a “home” button on the face of the device under the display that returns the user to the home screen, a wake/sleep button on the top edge of the device, and two buttons on the upper right side of the device performing volume up/down functions, under which is a switch whose function varies according to device settings, functioning either to switch the device into or out of silent mode or to lock/unlock the orientation of the screen.

It uses the same home button built into previous iPad models and does not include a fingerprint scanner.

In addition, the WiFi-only version weighs 469 grams, while the cellular model weighs 478 grams – over 25% lighter than their predecessors. The display responds to other sensors: an ambient light sensor to adjust screen brightness and a 3-axis accelerometer to sense orientation and switch between portrait and landscape modes.

The iPad Air was available with 16, 32, 64 or 128 GB of internal flash memory, with no expansion option. Apple also sells a “camera connection kit” with an SD card reader, which can only be used to transfer photos and videos. As of the announcement of the iPad Pro 9.7-inch on March 21, 2016, the iPad Air was discontinued.

All models can connect to a wireless LAN and offer dual-band Wi-Fi support. The tablet is also manufactured with or without the capability to communicate over a cellular network. The iPad Air (and the iPad Mini 2) cellular model comes in two variants, both of which support nano-SIMs, quad-band GSM, pentaband UMTS, and dual-band CDMA EV-DO Rev. A and B.

One variant also supports LTE bands 1–5, 7, 8, 13, 17–20, 25 and 26, while the other supports LTE bands 1–3, 5, 7, 8, 18-20 and TD-LTE bands 38, 39 and 40. Apple’s ability to handle many different bands in one device allowed it to offer, for the first time, a single iPad variant which supports all the cellular bands and technologies deployed by all the major North American wireless providers at the time of the device’s introduction.

The audio playback of the iPad Air is in stereo with two speakers on either side of the Lightning connector.

What are the specifications of the Apple iPad Air 1st Generation tablet?

Here’s a summary of the technical specifications for the Apple iPad Air 1st Generation tablet: 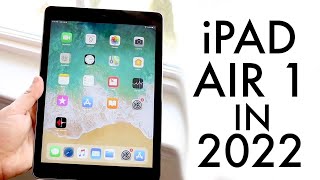 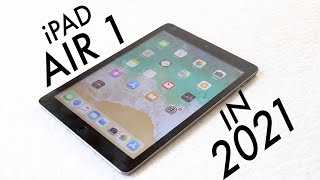 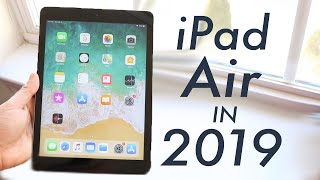 While at Apple, Jobs always kept his annual salary at $1. Don’t worry, with 5.5 million shares of Apple stock and as the majority shareholder of Disney stock (from selling Pixar), he wasn’t quite what you’d call a starving artist.