The iPad Air (4th generation), informally referred to as iPad Air 4, is a tablet computer designed, developed, and marketed by Apple Inc. It was announced by Apple on September 15, 2020. Pre-orders began on October 16, 2020, and shipping began a week later on October 23, 2020, alongside the iPhone 12 and iPhone 12 Pro.

The device closely resembles the design of the 11-inch iPad Pro (3rd generation) and has several features that were previously exclusive to the iPad Pro line, such as support for Magic Keyboard and the second-generation Apple Pencil. It is available in five colors: Space Gray, Silver, Rose Gold, Green, and Sky Blue.

There are 11.9 billion transistors inside the Apple A14 Bionic SoC, which allows for higher efficiency in terms of both power and performance. The chip has a 6-core CPU that is 40 per cent faster than the A12, a 4-core GPU that is 30 per cent faster, and Apple’s 16-core Neural Engine, which is twice as fast and features improved machine learning. The Neural Engine can process more than 11 trillion operations per second.

It has a wider 60 Hz 10.9-inch 2360 by 1640 Liquid Retina Display with 3.8 million pixels. The display is laminated and has an anti-reflective coating, as well as featuring wide color and True Tone.

The Home Button is removed; the Touch ID sensor has been relocated to the Sleep/Wake button attached on the top right edge of the device. A landscape stereo audio effect is also added to the system’s audio recording system.

With the release of its fourth-generation iPad Air, Apple discontinued the proprietary Lightning port in favour of a universal USB-C port that is used for charging as well as connecting external devices and accessories.

The port is capable of transferring up to 5 Gbit/s (625 MB/s), allowing for fast connections to cameras and external storage, as well as support for monitors with up to 4K resolution. For a wireless connection, the device comes with Bluetooth 5.0 and WiFi 6 (802.11ax).

What are the specifications of the Apple iPad Air 4th Generation Wi-Fi (2020) tablet?

Here’s a summary of the technical specifications for the Apple iPad Air 4th Generation Wi-Fi (2020) tablet: 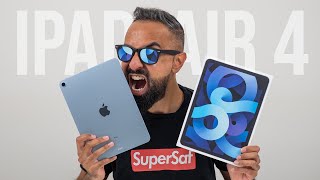 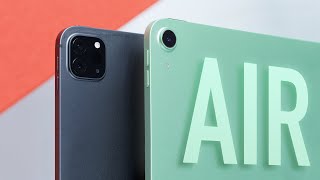 Jobs had an entire team devoted to packaging, who studied the experience of opening a box to learn how to achieve the excitement and emotional response that is now common with Apple products.