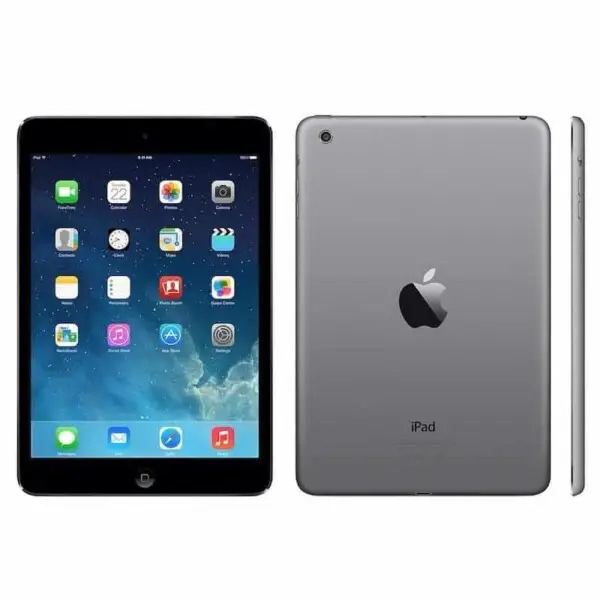 The iPad Mini 4 (stylised and marketed as iPad mini 4) is the fourth-generation iPad Mini tablet computer designed, developed, and marketed by Apple Inc. It was announced along with the iPad Pro on September 9, 2015, and released the same day.

The iPad Mini 4, which replaced the iPad Mini 3, was discontinued on March 18, 2019, when it was replaced by the fifth-generation iPad Mini. It features most of the hardware of the iPad Air 2, including its laminated display and design.

The iPad Mini 4 ships with the iOS 9 operating system pre-installed and was the first device to do so. With an additional 1 GB of RAM compared to the previous generations’ Mini, the iPad Mini 4 can utilise the Slide Over, Split View, and Picture in Picture multitasking functions in iOS 9.

The iPad Mini 4 was the first significant redesign of the iPad Mini line, with a slightly taller and wider body (though with no increase in screen size) compared to the iPad Mini 2 and Mini 3. There is also a much thinner design, with the device mirroring the depth of the iPad Air 2 at 6.1 millimetres. This device is also lighter than the previous generation by 33.2 grams.

Due to the redesign, this device is incompatible with cases that would otherwise work with the iPad Mini 2 or iPad Mini 3. To compensate for this, Apple released a Smart Cover and Silicone Case for the Mini 4, which can be used separately or together as a fully protective case. Unlike the iPad Air 2, there is no leather Smart Case made by Apple for the device. The mute switch was removed, as was done for the iPad Air 2.

However, the Mini 4 supports a dual-core A8 processor instead of the tri-core A8X. Apple claims that this processor is “1.3x faster” at CPU tasks and “1.6x faster” at graphics tasks over the A7 processor found in previous Mini models. Along with the iPad Air 2, there are 2 GB of RAM, allowing the device to support the advanced multitasking features made available with the iOS 9 operating system.

Like the iPad Mini 3 that came before it, the iPad Mini 4 can make mobile payments via Apple Pay in combination with the Touch ID sensor. However, this can only be done in apps as the device lacks the NFC antenna required for payments at a merchant terminal. With iOS 10, Apple Pay is supported within the Safari app.

The device shares the same camera module as the iPad Air 2 with an 8-megapixel camera with a ƒ/2.4 aperture. The screen is the same Retina Display featured since the iPad Mini 2. However, it is fully laminated (like the iPad Air 2) and contains an anti-reflective coating, resulting in drastically improved picture quality compared to its predecessors.

The iPad Mini 4 display features much-improved colour accuracy due to the increase to 101% sRGB Color Gamut compared to the poor ~62% on the previous models.

It has a slightly smaller battery than the previous generations though Apple claims the runtime to be the same 10 hours as its predecessor.

Although the Apple Pencil was released alongside the iPad Mini 4 in September 2015, it was exclusively compatible with the iPad Pro, released simultaneously. Pencil support on the iPad Mini did not arrive until the 5th generation in 2019.

What are the specifications of the Apple iPad Mini 4 Wi-Fi tablet?

Here’s a summary of the technical specifications for the Apple iPad Mini 4 tablet: 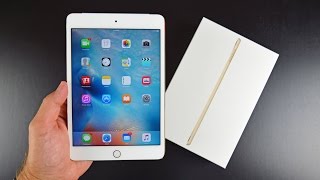 December 21, 2017 – Apple issues a statement saying that it has used software updates to limit the performance of older iPhones that may have battery issues that would cause them to turn off suddenly.