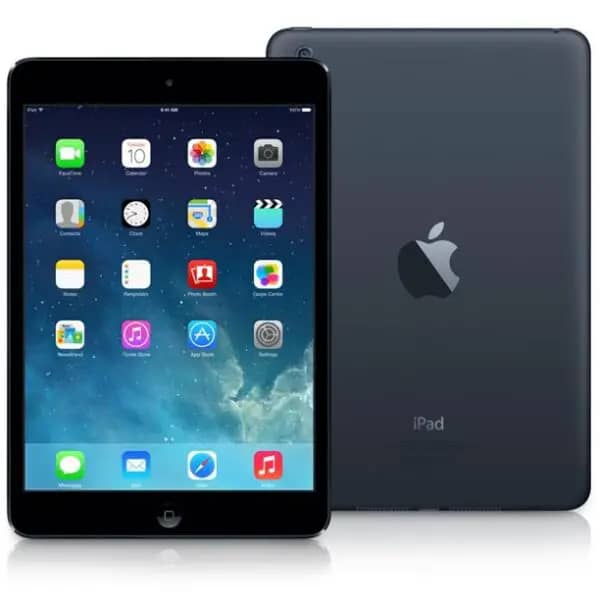 The first-generation iPad Mini (stylised and marketed as iPad mini) is a mini tablet computer designed, developed, and marketed by Apple Inc. It was announced on October 23, 2012, as the fourth major product in the iPad line and the first of the iPad Mini line, which features a reduced screen size of 7.9 inch (20 cm), in contrast to the standard 9.7 inch (25 cm). It features similar internal specifications to the iPad 2, including its display resolution.

The first-generation iPad Mini received positive reviews, with reviewers praising the device’s size, design, and availability of applications while criticising its use of a proprietary power connector, its lack of expandable storage, its under-powered Apple A5 chip with 512 MB RAM, and the lack of a Retina display.

The iPad Mini shipped with iOS 6.0. It can act as a hotspot with some carriers, sharing its Internet connection over Wi-Fi, Bluetooth, or USB. It can also access the App Store, a digital application distribution platform for iOS that is developed and maintained by Apple.

The service allows users to browse and download applications from the iTunes Store that were developed with Xcode and the iOS SDK and were published through Apple. From the App Store, GarageBand, iMovie, iPhoto, and the iWork apps (Pages, Keynote, and Numbers) are available. Currently, the latest versions are iOS 9.3.6 (for Wi-Fi+Cellular models) and iOS 9.3.5 (for Wi-Fi-only models)

Like all iOS devices, the iPad can sync content and other data with a Mac or PC using iTunes, although iOS 5 and later can be managed and backed up with iCloud. Although the tablet is not designed to make telephone calls over a cellular network, users can use a headset or the built-in speaker and microphone and place phone calls over Wi-Fi or cellular using a VoIP application, such as Skype.

On September 17, 2014, iOS 8 was released to the first-generation iPad Mini and all Apple Devices. However, some newer features of the software are not supported due to relatively aged hardware that was shared on the iPad 2.

On September 16, 2015, the iPad Mini received the iOS 9 update but didn’t have the new multitasking features featured on the other iPads.

On June 13, 2016, Apple announced the iOS 10 update – with some major updates to the mobile operating system. However, the iPad Mini did not receive this update (along with other devices using the A5 processor, including the iPhone 4S, iPad 2, iPad (3rd generation), and iPod Touch (5th generation) due to hardware limitations.

While Apple stopping the latest iOS updates for the iPad Mini was expected by many in the industry, it has led to some criticism, as the device was on sale until June 2015. By June 2016, no other operating system versions beyond iOS 9 were to be made available to the tablet.

There are four buttons and one switch on the iPad Mini, including a “home” button near the display that returns the user to the home screen and three aluminium buttons on the right side and top: wake/sleep and volume up and volume down, plus a software-controlled switch whose function varies with software updates.

The tablet is manufactured with or without the capability to communicate over a cellular network. All models can connect to a wireless LAN via Wi-Fi. The iPad Mini has 16, 32, and 64 GB of internal flash memory, with no expansion option. Apple sells a “camera connection kit” with an SD card reader, but it can only be used to transfer photos and videos.

The iPad Mini partially features the same hardware as the iPad 2. Both screens have 1024 x 768, but the iPad Mini has a smaller screen and thus higher pixel density than the iPad 2 (163 PPI vs 132 PPI). Unlike the iPad 2, it has 5 MP and 1.2 MP cameras and a Lightning connector. The system-on-chip is A5, the same one found in the later revision of the iPad 2 (32 nm).

The iPad Mini was initially featured with slate and silver colours, however, on the release of the Mini 2, the slate colour was changed to space grey; the silver colour remained.

What are the specifications of the Apple iPad Mini 1st Generation tablet?

Here’s a summary of the technical specifications for the Apple iPad Mini 1st Generation tablet: 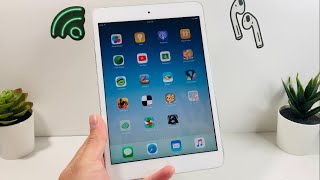 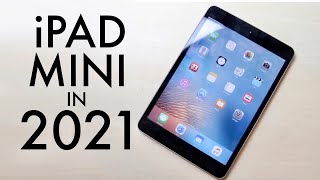 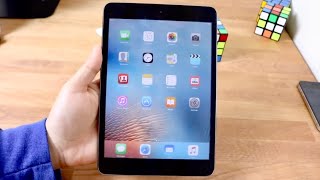