The iPhone 11 is a smartphone designed, developed, and marketed by Apple Inc. It is the 13th generation of iPhone, succeeding the iPhone XR, and was unveiled on September 10, 2019, alongside the iPhone 11 Pro at the Steve Jobs Theater in Apple Park, Cupertino, by Apple CEO Tim Cook.

Preorders began on September 13, 2019, and the phone was officially released on September 20, 2019, one day after the official public release of iOS 13.

Despite minimal exterior changes from the preceding iPhone XR, substantial design changes within the phone took place, including the addition of the more powerful Apple A13 Bionic chip as well as an ultra-wide dual-camera system. In October 2020, Apple halted the inclusion of both Apple EarPods and the wall adapter(charger), citing environmental goals.

The iPhone 11 is available in six colours: Purple, Yellow, Green, Black, White, and Product (Red). The top of the screen retains the ‘notch’ design, wherein the TrueDepth camera system and phone speaker are encapsulated in a black, rounded-out rectangle that dips into the screen, similar to its predecessor, the iPhone XR.

An elevated area in the top corner of the back of the iPhone acts as a camera housing, containing the microphone, the flashlight, and both of the rear-facing digital cameras. The Apple logo on the back of the phone is centred to be equidistant to all edges and is made of reflective material.

The iPhone 11, along with the iPhone 11 Pro, uses Apple’s A13 Bionic processor, which contains a third-generation neural engine. It has three internal storage options: 64 GB, 128 GB, and 256 GB. It also has 4 GB of RAM.

The iPhone 11 has an IP68 water- and dust-resistant rating along with dirt and grime, and is water-resistant up to 2 m (6.6 ft) for 30 minutes. However, the manufacturer’s warranty does not cover liquid damage to the phone.

Also, like previous iPhones, both phones do not have a headphone jack and come with wired EarPods with a Lightning connector. The iPhone 11 is the first smartphone with built-in ultra-wideband hardware, via its Apple U1 chip. 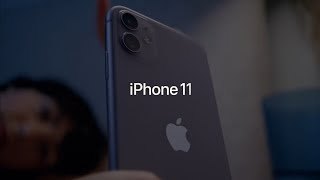 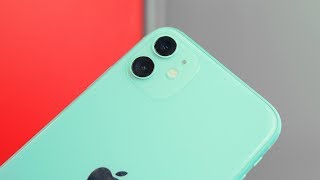 In 1985, Steve Jobs tried to rally Apple’s board to oust Apple CEO John Sculley. Instead, the board voted to strip Jobs of all of his responsibility. Jobs ended up quitting to start his own company, NeXT.