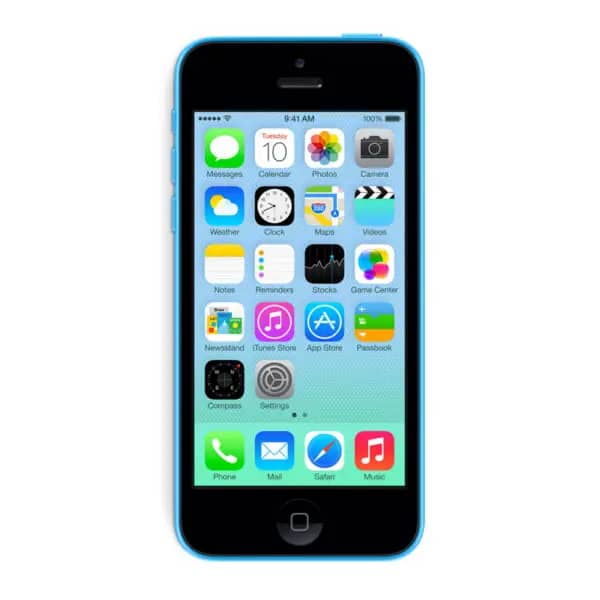 The iPhone 5C (marketed as iPhone 5c) is a smartphone designed and marketed by Apple Inc. It is the sixth generation of the iPhone. The device was unveiled on September 10, 2013, and released on September 20, 2013, along with its higher-end counterpart, the iPhone 5S. The “c” in the iPhone 5c’s name stands for Color.

The iPhone 5C is a variant of the iPhone 5, with similar hardware specifications but a hard-coated polycarbonate shell instead of the aluminium of the original iPhone 5. The iPhone 5C was available in several colour options and shipped with iOS.

On September 9, 2014, the 16 and 32 GB iPhone 5C models were replaced by the 8 GB model upon the announcement of the iPhone 6 and iPhone 6 Plus. On September 9, 2015, the 8 GB version was discontinued in all markets except for India, which continued to be available until February 17, 2016.

The iPhone 5C was the last new iPhone to be sold at a lower price than the flagship iPhone until the release of the first-generation iPhone SE in 2016.

The rich and particular colour Apple wanted to infuse into the iPhone 5c simply wasn’t possible with metal. But Apple had no interest in imitating the typical, fragile plastic phone. The iPhone 5c had a steel-reinforced frame that also acts as an antenna.

It’s attached to the outer shell in individual pieces and then laser‑welded together to achieve a precise fit. This structural integrity makes the iPhone 5c pleasingly solid to the touch — unlike any plastic phone you’ve ever held. iPhone 5c feels as significant as it looks.

Its appearance may be new, but how the iPhone 5c performs is instantly recognisable. That’s because it has the things people loved about iPhone 5 inside and more.

The Apple‑designed A6 chip delivers impressive performance and graphics. Yet it’s incredibly energy efficient, so you can use your iPhone throughout the day without worrying about battery life. The 8MP iSight camera lets anyone anywhere take an amazing photo anytime.

The 4‑inch Retina display produces images with vivid clarity. And because the iPhone 5c has more LTE wireless bands than ever, LTE speeds are now a reality in more places worldwide.

From the clean, thoughtfully redesigned icons to the colour-matched wallpapers that seem to radiate through the Home screen, colour is everywhere in iOS 7.

And that happened with full intent and purpose. iOS 7 was designed with the colours of the iPhone 5c in mind. So using it feels not just more delightful but also more personal. 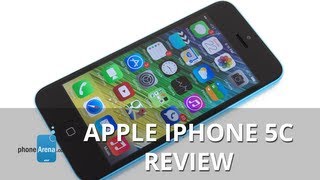 The “i” in 1998’s “iMac” is for “Internet,” since it originally took only two steps to connect to the web, in case you were wondering. But Apple has also said that it stands for “individuality” and “innovation.” The naming scheme would stick around through the iPhone and iPad.