The iPhone XR (stylised and marketed as iPhone Xʀ; Roman numeral “X” pronounced “ten”) is a smartphone designed and manufactured by Apple Inc. It is part of the twelfth generation of the iPhone and is also called the iPhone 10R. Pre-orders began on October 19, 2018, with an official release on October 26, 2018.

The iPhone XR is the least expensive device in Apple’s twelfth generation of iPhones, including the iPhone XS and XS Max. Considered an “affordable flagship” or “budget flagship” at its release, the XR shares key internal hardware but with features removed/downgraded to reduce the price.

The XR features the same processor as the XS and XS Max, the Apple A12 Bionic chip built with a 7-nanometer process, which Apple claims to be the “smartest and most powerful chip” ever put into a smartphone.

Instead of the OLED screen used on the XS, the XR has a 6.1-inch Liquid Retina LED-backlit LCD IPS panel display, which Apple claims is the “most advanced LCD in the industry.” According to Apple, the XR battery lasts up to one-and-a-half hours longer than its direct predecessor, the iPhone 8 Plus, which has a bigger display.

The iPhone XR was available in six colours: black, white, blue, yellow, coral (a shade of pink and orange), and Product Red. It is the second iPhone released in white, yellow, and blue, the first being the iPhone 5C in 2013.

Internationally, the phone supports dual SIMs through a Nano-SIM and an eSIM. Dual Nano-SIM (in a single tray) is offered in mainland China, Hong Kong, and Macau.

The iPhone XR was Apple’s best-selling 2018 model. It also became the top-selling and the most popular smartphone globally in Q3 2019. As of September 2020, the iPhone XR has sold 77.4 million units worldwide, making it the eighth best-selling smartphone.

In 2019, Apple started assembling the iPhone XR in India. In May 2020, Apple started selling refurbished iPhone XR models at US$499. The price was subsequently lowered to US$369. The iPhone XR and the iPhone 12 Pro with its Max variant were discontinued and removed from Apple’s website after the iPhone 13 and iPhone 13 Pro announcement on September 14, 2021, but are still available through third-party retailers today.

The XR has a similar design to the iPhone X and iPhone XS. However, it has slightly larger bezels and an aluminium frame and is available in various colours. Similar to other X-branded iPhones, all models come with a black front. The XR has an IP67 rating for dust and water resistance, which means it can be immersed in 1-meter-deep water for up to 30 minutes.

Released as part of the same 12th, the XR has similar hardware to the XS but a few features were removed to reduce the price. The XR features the same system-on-chip (SoC) as the XS and XS Max, the Apple A12 Bionic chip built with a 7-nanometer process.

The XR has an LCD display known as “Liquid Retina” instead of the OLED screen used on the X, XS, and XS Max. The display on the XR has a resolution of 1792 × 828 pixels and a pixel density of 326 PPI, compared with 458 PPI on other X-branded iPhones. However, it has a 120 Hz Touch Sample Rate, the same as the XS and XS Max.

Instead of 3D Touch, the XR comes with Haptic Touch, where the user long-presses until they feel a vibration from the Taptic Engine. The screen-to-body ratio of the XR is 79.3%, much higher than the 67.5% of the iPhone 8 Plus but still lower than most other phones in its price category.

Unlike most other phones in the X-series, the XR ships with a single camera on the rear of the phone, featuring exactly the same main camera sensor as on the XS and XS Max, utilising a 1/2.55″ sensor size and 1.4μm pixel size.

Unlike the XS, it does not have optical zoom because of the single camera. Despite the rear single-camera setup, a modified version of Portrait Mode is included. It works unaltered while using the TrueDepth front camera.

Still, with the rear camera, it attempts to calculate the depth of field using a combination of the focus pixels on the image sensor and AI, resulting in more limitations, including lower resolution depth data and subjects not being close enough due to the wide-angle lens being used instead of the missing telephoto lens.

Like the iPhone XS and XS Max, the iPhone XR also offers an adjustable depth of field through software, allowing the user to adjust the background bokeh effect after taking a photo. 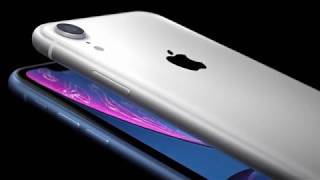 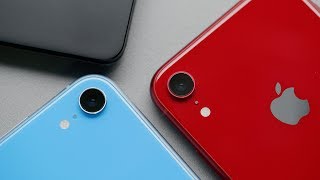 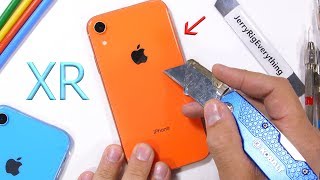 While unofficially attending classes, Jobs struggled to get by. He slept on his friends’ dorm room floors, returned Coke bottles for money, and survived off free meals from the local Hare Krishna temple.