Notably, the second-generation iPods and the updated first-generation iPods were now Windows-compatible. These versions came with a 4-pin to 6-pin FireWire adapter and were bundled with Musicmatch Jukebox. At that time, iTunes was Mac only and unavailable for Windows.

The second-generation class was available in 10GB for US$399 and 20 GB for US$499. The first-generation 5GB iPod was carried over, but its price was reduced to US$299.

In December 2002, Apple unveiled its first limited edition iPods, with either Madonna’s, Tony Hawk’s, Beck’s signature or No Doubt’s band logo engraved on the back for an extra US$50.

The iPod Classic 2nd generation (2002) replaces the scroll wheel used on the iPod 1st generation with a touch-sensitive scroll wheel. Previously users had to turn the wheel physically, now they could only touch to achieve the results.

The iPod Classic 2nd generation also had a larger hard drive, a cover to the Firewire port, a thinner Firewire cable, a hold switch revised, and a wired remote control. A carrying case was added.

Apple used the suffix classic to describe the iPod 2nd generation. However, this definition wasn’t officially included until the 6th generation.

Six generations of the iPod Classic and a spin-off (the iPod Photo) were later re-integrated into the main iPod line. All generations used a 1.8-inch (46 mm) hard drive for storage. The “classic” suffix was formally introduced with the rollout of the sixth-generation iPod on September 5, 2007.

iPods with colour displays use anti-aliased graphics and text with sliding animations. All iPods have five buttons, and the later generations (4th and above) have the buttons integrated into the click wheel. This design gives an uncluttered, minimalist interface, though the circuitry contains multiple momentary button switches. 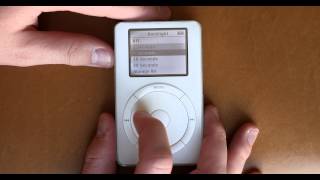 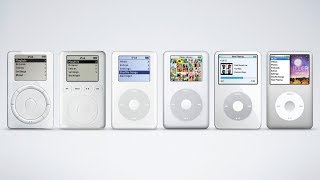 Apple was the first to make a digital colour camera.