The iPod Mini is a discontinued, smaller digital audio player designed and marketed by Apple Inc. While it was sold, it was the midrange model in Apple’s iPod product line. It was announced on January 6, 2004, and released on February 20, 2004.

A second-generation version was announced on February 23, 2005, and released immediately. While it was in production, it was one of the most popular electronic products on the market, with consumers often unable to find a retailer with the product in stock.

After one year of being made, the iPod Mini was discontinued on September 7, 2005, and was replaced by the iPod Nano.

The iPod Mini used the touch-sensitive scroll wheel of the third-generation iPod. However, instead of the four touch buttons above the wheel, the buttons were redesigned as mechanical switches beneath the wheel itself—hence the click wheel.

The click wheel was also used in the fourth, fifth and sixth generation iPods and the iPod Nano, from the first generation through the fifth; however, in the Nano and 5G iPods onwards, the click wheel used was developed by Apple.

Above the wheel was a monochrome 138×110 LCD that displayed a menu or information about the selected track. Newer-generation iPods have since adopted colour displays. 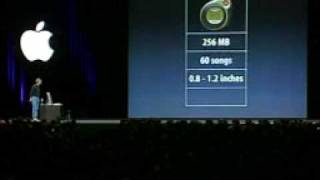 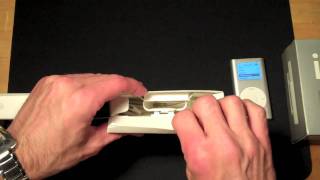 In August 2001, Steve Jobs resigned from Apple to battle his Cancer.