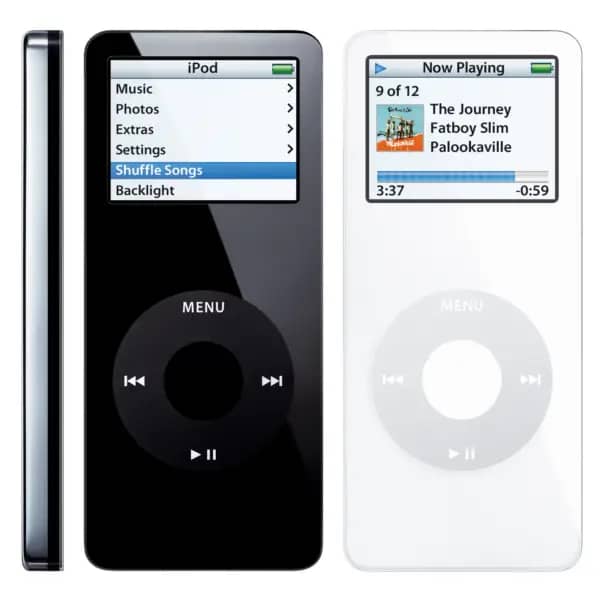 The iPod Nano (stylised and marketed as iPod nano) is a discontinued portable media player designed and formerly marketed by Apple Inc.

On September 25, 2006, Apple updated the Nano line. The second-generation Nano featured a scratch-resistant, anodized aluminium casing like the earlier Mini’s design; the multiple colour choices mirrored those of the Mini.

However, unlike the second-generation Mini, the button labels were grey instead of matching the Nano’s casing (except for the black Nano, which had a black click wheel).

The second-generation Nano featured a 40% brighter, “more vibrant” display, a battery life upgrade (from 14 to 24 hours), and storage sizes doubled to 2, 4, and 8 GB models. The second generation also introduced gapless playback of audio files, along with a new search option.

The 2 GB model was available in silver only. The 4 GB was originally available in green, blue, silver, or pink, and the 8 GB model was initially only available in black – red was later added for 4 and 8 GB models. Apple claimed that the second generation iPod Nano’s packaging was “32% lighter with 52% less volume than the first generation”, thereby reducing environmental impact and shipping costs.

On October 13, 2006, Apple announced a special edition iPod Nano, Product Red, with a red exterior and 4 GB of storage. For each red iPod Nano sold in the United States, Apple donates US$10 to the Product Red initiative while retaining the regular price. 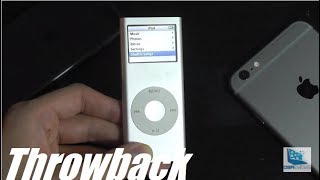 Tim Cook revealed in a 2014 interview that Jobs’s main office and nameplate are still as they were in 2011, when Jobs passed away.