At a media event on September 1, 2010, Apple announced the sixth generation iPod Nano, which, among many new features, was designed around a high-resolution square touch-screen.

The device featured a small 1.55-inch multi-touch screen with a lower resolution of 240×240 pixels but a higher pixel density of 220 pixels per inch, as opposed to the larger 2.2-inch screen on the fifth-generation iPod Nano.

It also lost support for video playback, but music videos and video podcasts (vodcasts) could be synced onto the device, and the audio from them would play on the device, with a single key-frame shown on the screen.

It still included the Nike+iPod fitness option and an FM radio tuner with RDS (Radio Data System). It had a black-on-white screen contrast option and other accessibility options. The 6th generation iPod Nano had the same price point as the 5th generation device.

A firmware update (version 1.1) for the Nano was released on February 28, 2011. The update added the ability to change songs or pause with a double click of the sleep/wake button. It also added the ability to turn the device off by holding the sleep/wake button. The user interface was also enhanced. On October 4, 2011, the iPod Nano 1.2 update was unveiled at the Apple “Let’s Talk iPhone” event at the Town Hall, 4 Infinite Loop.

This update added the option to increase or decrease the size of the home buttons for easier use. The update also added a better fitness app with a better pedometer split into walking and running styles.

The update also included 16 new clock faces, which included designs like a Nixie tube clock face or an old-style clock face, and Disney-licensed designs, such as Mickey Mouse and Kermit the Frog, bringing to a total of 18 clock faces. Three more background images were also added.

Although not specifically designed as one, some accessory makers produced watch bands for the 6th generation Nano, allowing it to be worn like a watch. 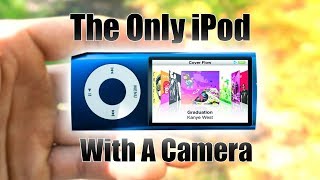 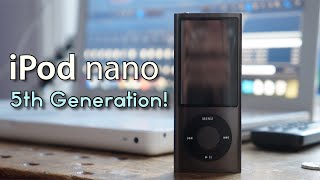 Siri sends everything that you say to it to Apple, which is then stored and analysed.