On October 26, 2004, Apple unveiled the iPod Photo in addition to the U2 edition. Positioned as a premium version of the standard fourth-generation iPod, the iPod Photo featured a 220×176-pixel LCD capable of displaying up to 65,536 colours.

The device can be attached to a television or other external display for slideshows, thanks to a bundled composite cable which fits in the headphone port (“iPod AV cable”); it is also forwards compatible with then-future dock connector-based composite and S-video accessories.

Photos are stored in a proprietary database, which iTunes can generate from JPEG, BMP, GIF, TIFF, and PNG file formats sourced from either a folder, from Apple’s iPhoto on the Macintosh, Adobe Photoshop Album 2.0 or Photoshop Elements 3.0 on Windows.

On February 23, 2005, both 40 GB models (photo and regular) were replaced with a slimmer and lower-priced (US$349) 30GB photo model leaving only a 20 GB black-and-white iPod left. The price for the 60 GB model was dropped to US$449 with fewer bundled accessories, making the dock, FireWire cable, and television cable extra-cost options.

On the same day, Apple announced the iPod Camera Connector, which allowed the instant transfer of images from a USB-compatible digital camera to the iPod Photo. The main difference between this and Belkin’s Digital Camera Link was that Apple’s unit supported instant image viewing on the iPod Photo after transfer without connecting the iPod Photo to a computer first. 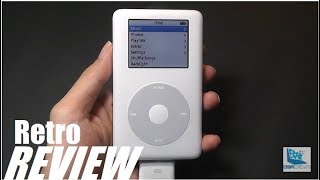 Jobs often parked in spots reserved for the handicapped.