On August 27, 2010, Apple won a patent for a “Very small form factor consumer electronic product”, which describes the parts and processes that go into making the iPod shuffle’s ultra-portable music player.

It was originally sold in five colours (silver with a black control pad, green, blue, orange and pink with a white control pad). However, on September 12, 2012, Apple held an event to introduce the iPhone 5 and a new iPod lineup formally.

Unlike the second generation, the iPod does not come with a dock but, like the third generation, comes with a 45 mm USB Cable. The included in-box headphones do not feature a remote control, but the device supports them.

On September 10, 2013, to coincide with the release of the iPhone 5S, the “Slate” colour option was replaced with “Space Grey”.

On July 27, 2017, The iPod Shuffle and the iPod Nano were discontinued. 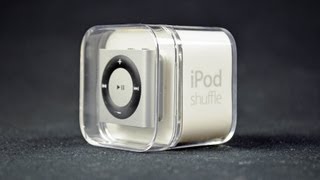 Steve Jobs became a millionaire at the age of 25 years.