The first generation iPod Touch, colloquially known as the iPod Touch 1G, iPod Touch 1, or iPod 1) is a multi-touch mobile device designed and marketed by Apple Inc. with a touchscreen-based user interface.

The iPod touch 1st gen is, in fact, an iPhone short of cellular mode.

The successor to the 1st-generation iPod Touch was unveiled and released at Apple’s media event on September 5, 2007. It is compatible with up to iPhone OS 3.1.3, which was released on February 2, 2010.

The first-generation iPod touch was released after the original iPhone as a companion device. It had similar features but a thinner design with an all-metal back except for a small corner cut out for WiFi 802.11 b/g, allowing it to use Safari to browse websites. It used the same 30-pin connector as the iPhone (1st generation) and previous iPods, allowing most iPod accessories to work with the iPod touch.

It fully supports iPhone OS 1 to iPhone OS 3, though it received different features at different times from the iPhone (1st generation). It also did not have the iPod app as it was an iPod, and instead had the Music app for playing music and podcasts, with a separate Videos app to watch videos.

The player shares the same multi-touch 3.5 screens with 320 x 480 resolution, an accelerometer to adjust the screen in portrait or landscape mode, a light sensor to tweak screen brightness and an integrated Wi-Fi (802.11b/g) module.

Initially, there were just two models of the iPod touch 1st gen: 8 GB and 16 GB, yet later another 32 GB model was introduced on February 5, 2008. The battery supports 22 hours of music playback and 5 hours of video playback.

As to the software, the iPod touch 1st gen runs the same iPhone OS and has many iPhone features and apps in a bundle: Safari web browser, YouTube, calendar, contacts, clock, and calculator apps.

Email, stocks, notes and weather were initially unavailable to the iPod Touch 1st gen users. Still, on January 15, 2008, Apple started selling Mail, Maps, Stocks, Weather, and Notes for US$19.99, and since February 5, 2008, including them in all the iPod touch models from the box. Remember, though, that iPod 1st gen lacks the GSM module and is incapable of geo-position when off a wi-fi network. 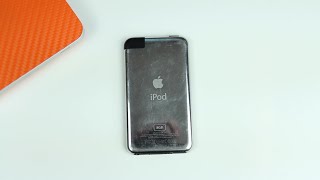 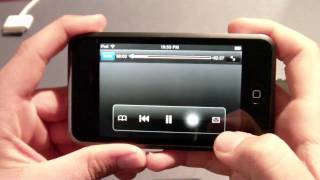 Jobs was a pescetarian, meaning he ate no meat except for fish.

“The people who are crazy enough to think they can change the world are the ones who do.”
― Rob Siltanen … (next quote)