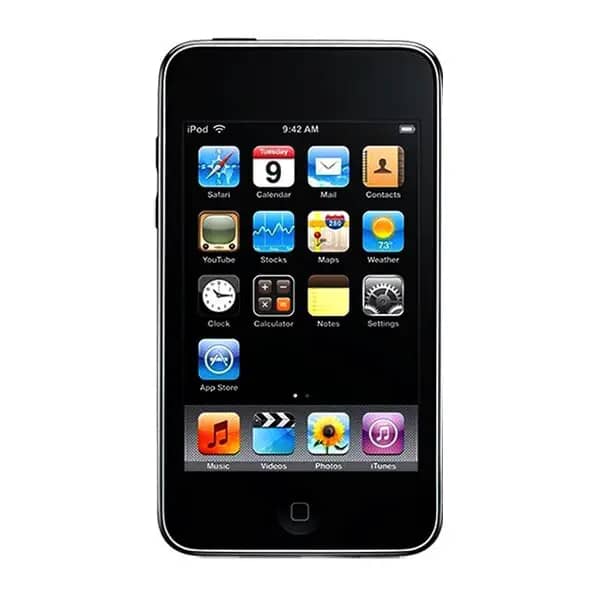 The second generation iPod Touch (marketed as “the new iPod touch” and colloquially known as the iPod Touch 2G, iPod Touch 2, or iPod 2) is a multi-touch mobile device designed and marketed by Apple Inc. with a touchscreen-based user interface.

The successor to the 1st-generation iPod Touch was unveiled and released at Apple’s media event on September 9, 2008. It is compatible with up to iOS 4.2.1, which was released on November 22, 2010.

The second-generation iPod Touch was only sold in 8GB, 16GB and 32GB models. It fully supports iPhone OS 3 but has limited support for iOS 4 and did not get support for home screen wallpapers, multitasking, or Game Center, and it never received iOS 4.3.

The iPod touch 2nd gen mimics iPhone 3G with its chromed steel back and rounded corners but lacks cellular mode, A-GPS and an in-built camera.

It’s thicker but lighter than the iPod touch 1st gen and sports a silver front trim. The player shares the same multi-touch 3.5 screens with 320 x 480 resolution, an accelerometer to adjust the screen in portrait or landscape mode, a light sensor to tweak screen brightness and an integrated Wi-Fi (802.11b/g) module.

External volume control and an integrated speaker have been added to the device, but the microphone is built into the Apple Earphones with a Remote and Mic.

The battery life was enhanced up to 36 hours of music playback and 6 hours of video playback.

The iPod touch 2nd gen shares the OS with the iPhone and has a lot of iPhone features and apps in a bundle: Safari web browser, YouTube, calendar, contacts, clock, calculator, email, stocks, notes and weather, as well as telltale iPod features: Genius playlists maker and a shake-to- “shuffle” function plus Nike+ Kit support.

Remember, though, that iPod 2nd gen lacks the GSM module and is incapable of geo-position when the wi-fi network is off. 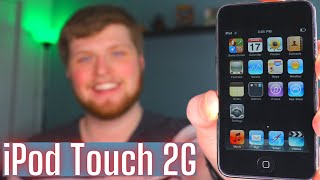