Apple iPod Classic 3rd Gen also known as iPod with a dock connector was announced on April 29, 2003, by Apple as a completely redesigned third-generation iPod. Thinner than the previous models, the third-generation models replaced the FireWire port with a new proprietary 30-pin Dock Connector and introduced the Touch Wheel, a completely non-mechanical interface with the four auxiliary buttons located in a row between the screen and the touch wheel.

The four buttons are now backlit and are located in a row above the touch wheel (the previous models had buttons placed around the wheel). Software improvements include games, an alarm clock, the possibility to record voice and updated customization options.

The 10 GB model was sold for US$299, the 15 GB model for US$399, and the 30 GB model for US$499. All iPods were now compatible with Mac and Windows out of the box, requiring Windows users to reformat the iPod before use on a PC.

Both iTunes and Musicmatch Jukebox were bundled with all iPods. On the other hand, battery life has been estimated at eight hours, two hours less than the iPod classic 1st and the iPod classic 2nd generations. This was partially due to a smaller lithium-ion battery than a lithium polymer battery.

A 20 GB model replaced the 15 GB model, and the 30 GB model was upgraded to 40 GB on September 8, 2003. The Windows-based Musicmatch Jukebox software was made obsolete and replaced by iTunes 4.1, the first version of Microsoft Windows.

Six generations of the iPod Classic and a spin-off (the iPod Photo) were later re-integrated into the main iPod line. All generations used a 1.8-inch (46 mm) hard drive for storage. The “classic” suffix was formally introduced with the rollout of the sixth-generation iPod on September 5, 2007. 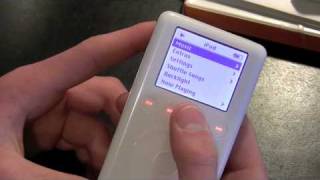 When Steve Jobs was at his deathbed, he asked for the 5 different oxygen masks. Why? Only to get the mask having the best creative design. Literally, his obsession with design was beyond limits.